Center for Media at Risk Postdoctoral Fellow LaCharles Ward spoke with Silvio Waisbord about his book “Communication, A Post-Discipline,” hyper-specialization, fragmentation and some limitations of traditional communication scholarship.

In your recent book, Communication: A Post-Discipline, published in 2019 by Polity Press, you argue that the discipline (or perhaps post-discipline) of communication studies is a fragmented field that not only has no “theoretical and analytical center” but struggles to define its institutional and intellectual identity. Can you unpack your argument here? What are key examples, in your book, that you use to support your argument of fragmentation? What are the stakes of such a position

Communication studies has always been decentered given its multidisciplinary origins.  It never had the kind of ontological unity that defines disciplines, never mind a shared theoretical canon or methodological commonality. For a while, some speculated and hoped that communication will mature into a full-blown discipline in the mirror of “the sciences.” Yet this never materialized for reasons that are unique to the way communication studies continued to develop by constantly incorporating intellectual traditions and subjects that took the “field” in different directions, plus the fact that the “scientific” model didn’t become hegemonic in a rather dispersed, undisciplined discipline. This is not simply because it has always welcomed perspectives and research subjects from the social sciences and the humanities; it is because it could never agree on the very subject that it purports to study. Communication is a polysemic concept.

Fragmentation also reflects the constant push for specialization in academic scholarship, the constant breaking-up of areas and subjects of study into more specific lines of inquiry. Consider any major area of research in communication studies. Take, for instance, “media effects,” perhaps one of the earliest analytical foci in the US tradition, which today is splintered in multiple areas of research by medium, topic, social area (politics, health, environment), type of population, with few cross-cutting questions. There is a constant push for further specialization partially given the sheer complexity of any major line of research, from message design to community dialogue, and the obvious demands presented by the challenge of mastering a multilayered subject of study, permanently moving in different directions.

What is a post-discipline? What are its components? How do you define it? How does (or, might) communication studies qualify as one?

I view post-disciplines as academic endeavors organized around particular public issues or social problems. Think of sustainability, climate change, women’s studies and migration studies as example of postdisciplines. They are grounded in a common interest in understanding and addressing contemporary challenges. They are less driven by theoretical questions or methodological approaches unique or typical to a certain discipline. They are trading areas of knowledge where scholars are more concerned with what they have in common than with reaffirming disciplinary loyalties. Communication studies comprises and constantly aggregates many such areas, such as climate change communication, mis/disinformation and media and social justice.

One of the major propositions in your book is that scholars of communication studies should not be too concerned with attaching themselves to a common body of knowledge or, more specifically, arguing about what qualifies it as a discipline. What are the limitations of such a perspective? What are the possibilities? Additionally, how should PhD students in the discipline interpret such an argument when some programs expect them to clearly define their work as communication?

I argue that they should not be so concerned with attaching themselves to a common body of disciplinary knowledge, because that’s what has been in dispute – whether there is a defined and stable body of knowledge that defines communication studies in a clear and universalistic manner. Rather, what exists are various lines of research under the umbrella of communication studies. These research clusters is where intellectual homes are, where we hang our intellectual hats – a corner in the vast communication landscape that often exists in relative isolation from the rest. So, there are different ways of understanding and defining oneself as a communication scholar. Defining communication “clearly” can be done in many different ways depending on who you are and who is your audience – discourse analysts, media psychologists, digital politics experts, visual communication researchers and so on. We speak Babel, fortunately.

As someone with a PhD in sociology, when did you start thinking about the disciplinary concerns of communication studies? How did your transition from sociology (whose methods and theories are arguably more grounded and defined), to communication studies (which is always struggling, it seems, to define its intellectual identity) inform your insights in the book?

I started thinking about these issues before I did my PhD in sociology at UCSD. Right after I completed my BA/Licenciatura in sociology at the Universidad of Buenos Aires, Argentina, I knew I was interested in communication and media questions. My original view of communication/media studies was grounded in social theory and mass communication theory. Eventually, I discovered the vast territory of communication studies during my PhD work. It was quite a cross-disciplinary training – from anthropology to philosophy of language — that exposed me to the multiple ways in which communication is defined and communication studies are approached. When I started attending communication conferences, I realized it was even bigger than what I thought. So, finding my place in these vast academic spaces became a challenge, stimulating and frustrating, especially as I academically transition from sociology to communication.

You are right. Communication studies have sorely lagged behind in understanding certain important social issues, such as race, compared to other fields and disciplines. This has more to do with the strength of particular research directions and the (racial and other) blindspots of communication studies than with its ontological or epistemological condition. Parochialism and interdisciplinarity are not incompatible. Parochialism may exist even though fields are open to insights, theories and methodologies from multiple disciplines. Big questions in communication research – media effects on public opinion, the role of interpersonal communication in fostering group identity, the relationship between news and community, have always straddled disciplines – psychology, sociology, political science. But one could argue that this relative disciplinary openness hasn’t always resulted in more curious, intellectually omnivorous positions in terms of subjects of study, theoretical approaches and so on, or that it necessarily resulted in a heightened awareness about important social problems, marginalization and power inequalities. The question is what communication brings that is original and pathbreaking to interdisciplinary debates on a range of social problems. What does it mean to think “communicatively”? What difference does it make?

In Communication, you spend a chunk of the book discussing hyper-specialization. Can you offer a working definition of what you mean by this, a few examples, and offer some overarching polemics of what you believe to be its limitations?

Hyper-specialization is the process by which research focuses on more narrow questions within a certain field or discipline. In communication, this could be on specific aspects of message effects, the impact of fact checking on health information or media policy. Specialization is generally driven by empirical rather than theoretical questions or interests. By doing so, what gets easily lost is how specific studies contribute to understanding large questions – what they contribute to a better, novel comprehension of those “big” questions that, in principle, define fields and disciplines. These are the limitations – the difficulty of looking beyond the specifics of a single, narrow study, and the absence of larger intellectual debate and context that gets informed by new findings, arguments and developments. It makes it more difficult to think big and more ambitiously. Perhaps I’m nostalgic for something approaching big theory at a time when this notion is suspect, but at least we should try to refine and commit to middle-range theories about central questions in what we loosely define as communication studies. It’s a way of laying out bridges, cultivating a common language and building gravitational intellectual centers.

Silvio Waisbord is Professor in the School of Media and Public Affairs at George Washington University. He is the author/ editor of 16 books, as well as journal articles, book chapters and newspaper columns on journalism, politics and social change. He is the former Editor-in-Chief of the Journal of Communication and the International Journal of Press/Politics. He has lectured and worked in more than 30 countries in the Americas, Europe, Asia and Africa. A Fellow of the International Communication Association, he has served on the Advisory Board of the Latin American program of Open Society Foundations. Follow him on Twitter @silviowaisbord

LaCharles Ward is an educator, writer, and interdisciplinary scholar of black visual and cultural studies. He received his Ph.D. from the Rhetoric and Public Culture Program in the School of Communication at Northwestern University, where he also had a graduate affiliation in the Department of African American Studies. His research spans the areas of black visual culture as theory and method, black feminist theory, history and theories of photography, race and technology, materiality of death, and black protest cultures. His scholarship is driven by a refusal to allow the State and other death producing entities to have the last word on Black life. 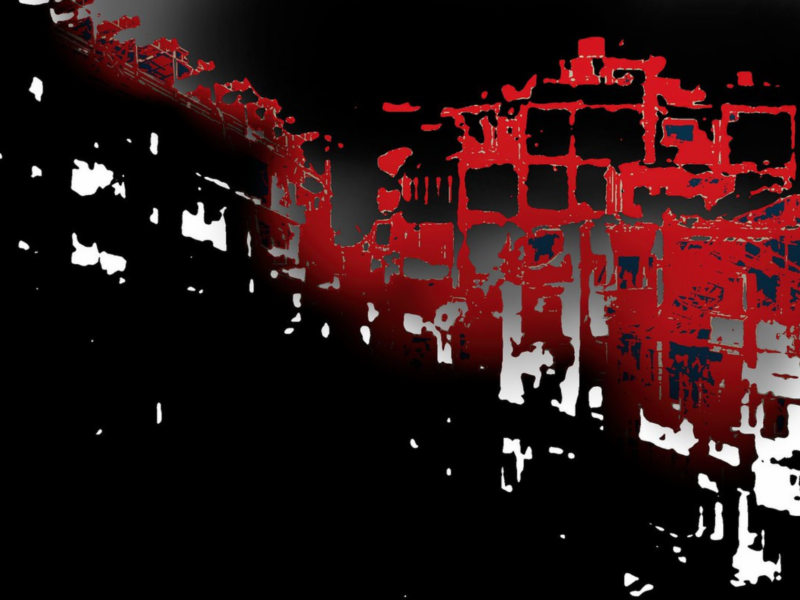