In order to enhance dialogue between practitioners and scholars about a free and critical media environment, the Center has partnered with the International Communication Association to sponsor a Practitioner at Risk to attend the annual ICA conference each year. Journalist Arzu Geybulla attended the 69th Annual ICA Conference in Washington D.C. as the inaugural Practitioner at Risk. Read her reflections on the experience below.

My life as a journalist consists primarily of writing, providing analysis, doing research and, inevitably, traveling to conferences that focus on the topics I cover. Conferences can feel daunting, and often depressing as I seldom think that I am making a positive impact or difference. Throughout the last ten years, I have given countless presentations and spoken on human rights violations across the world. I have addressed the UN Human Rights Council and the European Parliament about press freedom conditions in Azerbaijan, online harassment and the state of state surveillance in countries like my own. I consistently attend many of these annual gatherings, but this was my first experience at the International Communication Association (ICA) conference.

According to its website, ICA is an academic association for scholars interested in the study, instruction and application of human and mediated communication. The 69th annual ICA conference focused on “Communication Beyond Boundaries” and brought together over 2,000 participants at Washington DC’s Hilton Hotel.

My journey to ICA

A long chain of events brought me, a practicing journalist, to the academic-centric conference.

Last April I was scheduled to travel to the Berkman Klein Center at Harvard University to finalize research relating to my Information Controls Fellowship with the Open Technology Fund (OTF). But before making my way to Boston, I visited Philadelphia to attend the official launch of the Center for Media at Risk at the Annenberg School for Communication. During the two-day event, we discussed and thought critically about the meaning of “media at risk” across the globe, especially within the context of political intimidation and censorship. While at the launch, I met Center Director Barbie Zelizer and had the honor of sharing the stage with an impressive wide-ranging group of media practitioners, experts and scholars.

At the conclusion of the launch, I boarded the train from Philly to Boston with fresh motivation and inspiration. The following month I attended my first Citizen Lab Summer Institute (CLSI) on Monitoring Internet Openness and Rights in Toronto, where among many interesting discussions and panels, I attended one on exiled media and how in certain places where political pressure, Internet and media censorship is pervasive, how traditional media continues to exist. For this particular panel, the case studies centered on Tibet and Crimea but the subsequent discussion focused on other examples based on the experiences shared from experts in the audience.

By this point you may be wondering, “What does any of this have to do with attending the ICA conference?” Please bear with me for just a few more paragraphs.

Ksenia Ermoshina spoke on the CLSI Toronto panel about exiled media and came up with the idea to propose a similar panel for the upcoming ICA conference. I had not written an academic paper since finishing grad school in 2006, so you can imagine how intimidating it was to write a panel pitch for an academic conference. Fortunately my co-panelists and co-authors were incredibly supportive and guided me through the process. I was beyond excited when Ksenia, who is also a fellow with OTF, emailed me to say that our ICA abstracts had been officially accepted and that we were going to present at the conference in May.

I am grateful to the Center for Media at Risk for making it possible to attend the event in Washington DC. Barbie and her team offered to support my trip to the 69th Annual ICA Conference as the Center’s first Media Practitioner at Risk.

Fast forward to May 2019, and my first ICA. I was overwhelmed if anything. For the first time in my experience with international conferences, I knew almost no one at the conference. That did not bother me as much as the conference program, which was so extensive that I wished I had several replicas of myself in order to attend all the sessions at once. In the end I had to narrow down my attendance to mostly journalism-focused panels and discussions.

These discussions were particularly interesting because, technically speaking, I[1] was the subject of most of the studies and paper presentations. After the first day I left the conference venue feeling like a guinea pig which had been studied without being informed. If I had known, I could have helped address some nuances that were left out of the research.

One example is the topic of time. When a journalist or a newsroom is harassed or facing political persecution, it shifts all of its attention–and by extension, time and effort– to protect itself from incoming attacks and pressure mechanisms. This is especially the case for smaller newsrooms and media platforms, which tend to be more likely to face pressure and have fewer resources than larger outlets. As a result, the valuable commodity of time is directed toward protection and prevention rather than production.

Another example that was overlooked in the research was the impact of hate speech on the quality of work produced by threatened journalists. Having extensively covered online harassment targeting specifically women journalists, I have met all too many journalists who did not know how to protect themselves from the incoming harassment, and therefore decided to “take a break” from their professional careers, or close their social media accounts, albeit at great cost, because these platforms often act as mediums for sharing valuable work with the audience.

On the other hand, it was a fascinating few days spent surrounded by so many scholars whose life and career are dedicated to their field of research, sharing their knowledge with their colleagues and respective students. It was also touching to see them celebrate when they were given their awards respectively.

And last but not least, it was a rewarding experience to present our research and work at ICA, especially from our point of view, as practitioners from the ground, coming from countries like Tibet, Syria, Crimea and Azerbaijan. We had a relatively lively audience despite our panel being one of the early ones on Monday morning after the closing ceremony the previous night. I am now looking forward to publishing our presentations together with the rest of the speakers and sharing our work with the ICA community in the coming months.

Reflecting on my time at the ICA, and the remarkable scholars I met, I only think more highly of their work, and understand even more just how much effort goes into it, not to mention the organizers for pulling off a conference of this magnitude.

But I also feel we need more opportunities for collaboration that brings together media practitioners and scholars in the same room, where more candid conversations are possible (and where no one needs to feel like a guinea pig). Our work as media practitioners at risk is full of challenges, emotional and psychological trauma that has significant impact on the work we produce and our wellbeing. Surely, trauma is not always the case. And given certain political contexts, there may be less or no risks to being a media practitioner at all. What matters at the end of the day is seeing the whole picture as it is, taking all of the nuances into account, being inclusive and diverse not only in our approach but also in our analysis and judgement. So if there is one recommendation I can make for the future ICAs it is this one.

As for me, well, I am as always forever grateful for the opportunities I am given and the support I receive for the work I do. This year’s ICA was no exception.

[1] It was not about me of course, but about practicing journalists, like myself

Arzu Geybulla (Kurtulus) is a freelance writer from Azerbaijan, living in exile in Turkey. She has written for a number of international, regional and local outlets on the issues of human rights, democracy, election fraud and the domestic state of economic and political development in Azerbaijan. She was listed among the BBC’s 100 Women Changemakers in 2014. Today, Geybulla lives in Istanbul from where she continues to cover Azerbaijan and engage in advocacy initiatives. Follow her on Twitter @arzugeybulla 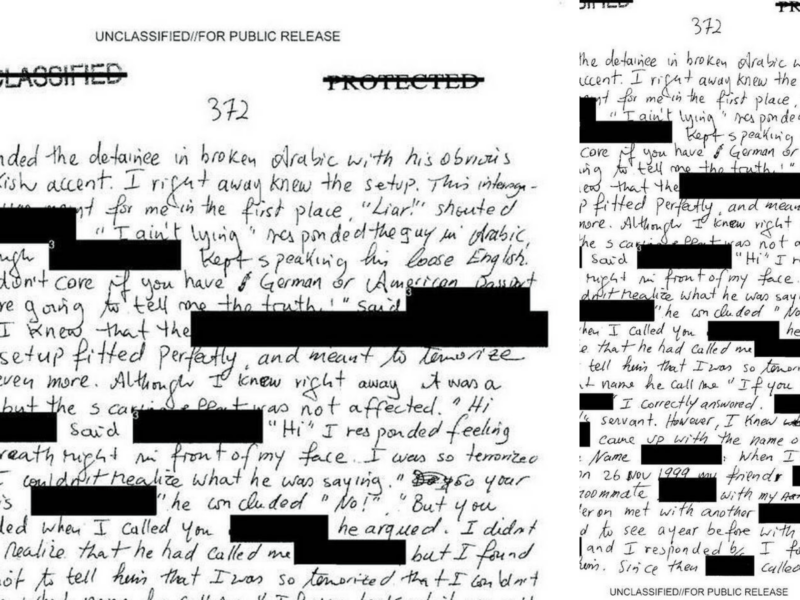