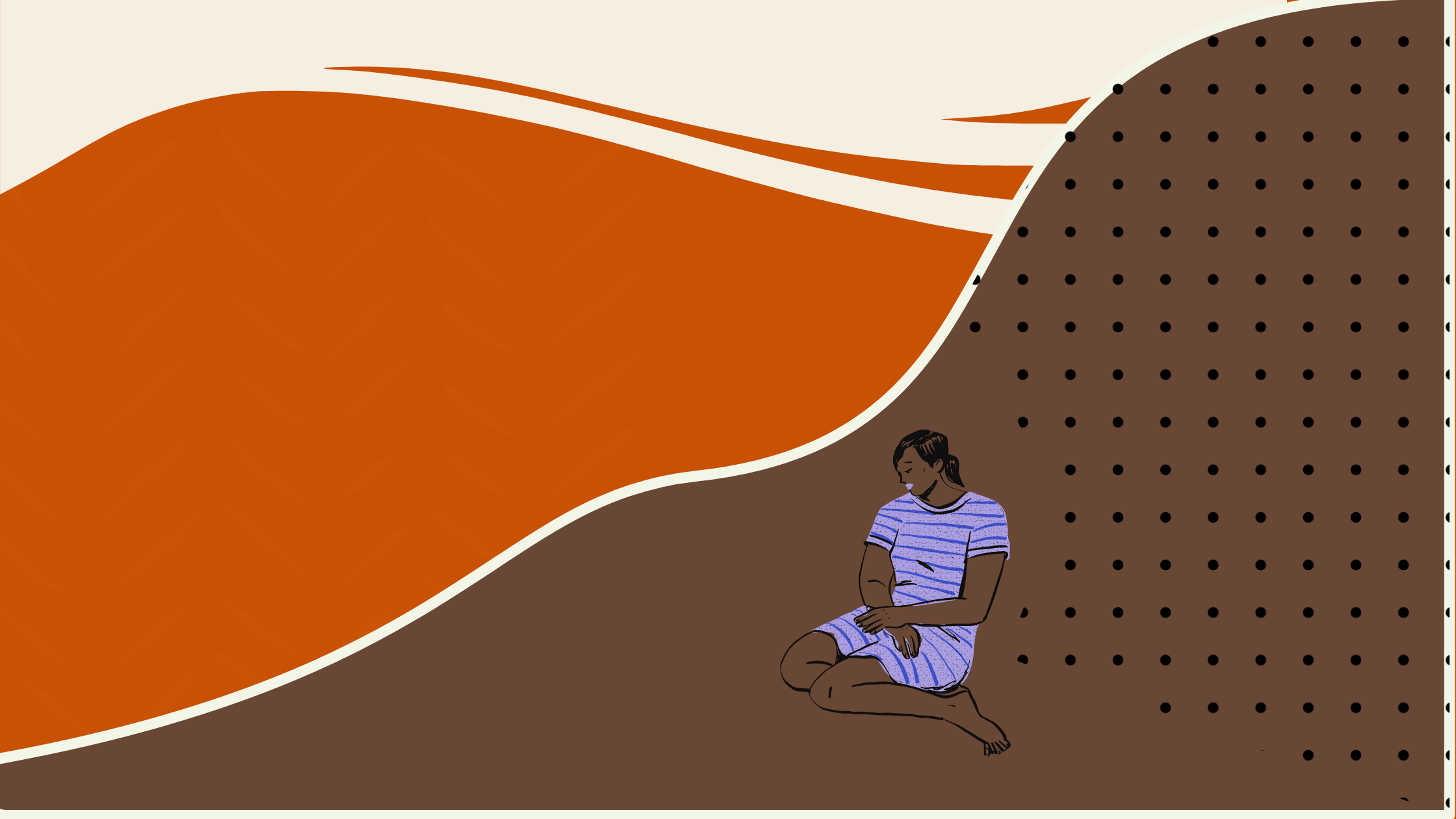 10 May Pause and Black Feminist Thought(s)

The highlighted panel for this year’s Screening Scholarship Media Festival (SSMF) was a conversation between scholars Chrystel Oloukoi, Ra Malika Imhotep and Dr. Amber Henry about Black feminist thought as a vehicle to explore the 2022 festival’s theme: “PAUSE.” Along with CEE Director Dr. Deborah Thomas and Center Steering Committee Member and panel moderator Florence Madenga, the group addressed some of the media festival’s goals by thinking through notions of rest and recuperation and pause as refusal and political strategy.

Black feminist thought can teach us a few things about pause. For Deborah Thomas, taking a pause, especially now, means to take a breath. Pause means pushing away the pressure to always be seen to be building something into some preconceived but bounded “better” state of things. It is to stop and reflect on what it might take to simply refuse western binaries and linearities.

Through a series of experimental film shots and sound work in the city of Lagos, Chrystel Oloukoi disrupts one enduring colonial binary – daytime and nighttime. The activities she sees as part of her theoretical framework night/life refuse delineating “nightlife” in its traditional sense, which draws the line between “work” and “leisure.” She aims to interrogate capitalist time and the colonial policies that prevail around the night, like the ordinances through which colonialism rendered nighttime both a crucial site of social reproduction and a criminalized temporality for Black Africans.

Reframing nighttime as a space of possibility and “subversive worldmaking” instead of “forceful suspension,” Oloukoi sees the insistence of Black Africans not to vacate or abandon the night despite continued heavy surveillance and the night’s de-facto criminalization as “refusal.” This manifests in various layered ways, from a rejection of domesticity and an acknowledgement of the impossibilities of “home,” fleeting pleasures and boredom, to what she calls “for no reason at all or above reason.” The refusal to “reason,” to just “be” and to occupy space and time is a form of liberation.

Some of the definitions of nighttime Oloukoi gleans from excerpts of interviews, her personal experience and legal archives really highlight how the night is a contested space and temporality. It is a double-edged sword, as Oloukoi states, in that it speaks to both the colonial hubris that sought to transform nighttime into a time of “forceful suspension” and “cessation of activities,” but the night still offers a sense of possibility and joy. Night may mean “between your cheek and a palm,” or “between lyrics and thumbs,” or that “there is no air that can hold you.” Night can be ambiguous and freeing. Or, according to one of Oloukoi’s interlocutors, night might still signify “what a white man says.”

Amber Henry’s project also centers who gets to move, stop and rest and who doesn’t. The labor practices of female Palenquera street vendors in the historical district of Cartagena, Colombia, show us that “stillness” is a form of refusal and survival. As Henry describes, as the street vendors make their way down the sidewalks in Cartagena, they pause under the shade to talk or nap, along the sides of the streets to laugh or gossip, or to daydream, strategize and rest. These pauses are a “problem space” where they face non-human elements like the hot sun and the dust, humans through the flow of people and customers, and state surveillance through intimidation, harassment and physical violence from the police.

Amidst all this, Henry argues the Palenquera women practice “postures of refusal,” stillness in public spaces that make their bodies vehicles of contestation. Unlike their representation and “tropicalization” in archival materials that depict them as simply picturesque stamps for touristic and capitalist consumption, or as a problem that policing should solve, they pause as an insistence on existence. As Henry states, this is “wake work” in the sense that Christina Sharpe defines it, as a strategy and an embodied practice that Black people use in the aftermath of the plantation. Black people across the Black diaspora insist on existing and they refuse to appear and disappear at the state’s will.

Also in conversation with Christina Sharpe, Ra Malika Imhotep’s work thinks through care in the wake of slavery. She describes her project “Indelibly Marked” as addressing the ways that Black women and non-gender conforming artists use aesthetic practices as a vehicle to “fuck with” the relationship between Black femininity and labor.

Her work has been marked by the wake of both Hurricane Katrina and Hurricane Ida, which she says has shaped so much of her social, intellectual and creative life. About her journeys through Hurricane Ida, she describes her experience of displacement with all its uncertainty, stillness and care work, while writing a dissertation with the majority of her books and notes in a storage unit across the country. The coda of her project exudes a level of vulnerability that centers care as a primary method of research, of relation, and of Black feminist thought. Thinking alongside Ntozake Shange, Hortense Spillers, Toni Morrison and others, Imhotep grapples with what it means to be in Black feminine flesh as: “a condition of articulate motion between how one sees and is seen, a practice of fugitivity, a trickster technology, a maroon choreography” and so much more.

Imhotep says care as a central method of research is a care that reorganizes her and pulls her towards her body and the bodies of those she loves. Her work, as well as Oloukoi’s documentation of the nights in Lagos and Henry’s ethnographic research where she herself pauses on the streets of Cartagena, is made with a care, intimacy and love that holds oneself and community.

But it is what Imhotep says about the bed as a site of care that resonates with me most, as someone who has had to answer the call to  “go lay down” in the midst of battling edema. I am still uncertain of the condition’s root cause, but its effects have surely weighed down my body by swelling up my legs and feet throughout this pandemic. Reading from an excerpt of “Experiments in Supine Possibilities,” a project by Church of Black Feminist Thought (a collective she co-convenes), Imhotep shares:

What happens if instead of facing each crisis ‘head on,’ we bear witness to it belly up? The body supine is a vulnerable thing, an open thing, an invitation for rest and the risk of invasion. We see Black bodies supine in death and in spectacle performances of protest like die-ins, but what of our most intimate acts of laying down?

Chrystel Oloukoi is a PhD student, freelance film critic and curator, broadly interested in experimental cinema, queer cinema and Black continental and diasporic cinema. They are the co-curator of Monangambee, a nomadic panAfrican microcinema in Lagos and a 2021-2022 curatorial intern at Canyon Cinema.

Amber M. Henry earned her PhD in Anthropology and Africana Studies at the University of Pennsylvania. Her engaged ethnographic work explores contemporary configurations of sovereignty for Afro-Colombian women in the context of neoliberal multiculturalism and has inspired numerous community projects and the 2021 documentary film My Name is Angelina.

Ra Malika Imhotep (they/she) is a Black feminist writer and performance artist from Atlanta, Georgia currently completing a PhD in African Diaspora Studies andNew Media Studies at the University of California, Berkeley. As a scholar and cultural worker, Ra is invested in exploring relationships between queer Black femininities, Black vernacular cultures, and the performance of labor. As a steward of Black Studies and Black feminist thought, Ra dreams, organizes, and facilitates spaces of critical reflection and embodied spiritual-political education. Ra is co-author of The Black Feminist Study Theory Atlas and their debut poetry collection gossypiin is being published by Red Hen Press, April 2022.

Deborah A. Thomas is the R. Jean Brownlee Professor of Anthropology, and the Director of the Center for Experimental Ethnography at the University of Pennsylvania. She is the author of Political Life in the Wake of the Plantation, Exceptional Violence, and Modern Blackness. Thomas co-directed the documentary films Bad Friday and Four Days in May, and she is the co-curator of a multi-media installation titled Bearing Witness: Four Days in West Kingston. Prior to her life in the academy, she was a professional dancer with the New York-based Urban Bush Women.

Florence Madenga is a PhD candidate at the Annenberg School for Communication, SSMF 2022 submissions and program coordinator, and a member of the Center for Media at Risk Steering Committee.