In May 2021, I asked Billie Winner-Davis to describe her daughter to me. “My daughter Reality Leigh Winner, 29, is an extremely intelligent, focused, passionate and selfless person,” she told me. “She is a humanitarian and crusader for climate change.  She thirsts for knowledge about so many different topics, such as language, nutrition, religion, climate, social justice, etc.” Winner-Davis had, at that point, become an advocate for her daughter, who had been sentenced under the Espionage Act for sharing state secrets with journalists working at The Intercept. This year, the documentary United States vs. Reality Winner tries to capture and explain the essence of Reality. Reality, the gun-owner. Reality, the yoga practitioner. Reality, the former National Security Agency (NSA) contractor. Reality, the leaker.

The documentary manages to flesh out the labyrinthine nature of the U.S. national security state and the U.S. federal justice system by detailing the obstacles that Reality Winner’s family encountered as they grapple with the charges she faces. Director Sonia Kennebeck makes a continued effort to center Billie Winner-Davis in the narrative. Being charged with violating the Espionage Act is not what most mothers expect will happen to their twentysomething offspring. In the documentary, Winner-Davis describes the confusion and chaos that followed Winner’s initial arrest:

The film includes commentary from Edward Snowden, who, from a dimly lit room in Russia, shares his thoughts on Winner’s case and the Espionage Act, which he calls outdated. There’s a natural linkage between Winner and Snowden, so it makes sense that Kennebeck would want to incorporate his perspective. Snowden provided at least 10,000 documents to Laura Poitras and Glenn Greenwald, who later co-founded The Intercept alongside Jeremy Scahill in 2014. A little over three years later, Winner, then working as a military contractor with Pluribus International Corporation, was arrested for having mailed an intelligence report about Russian interference in the 2016 United States elections to The Intercept.

For those with a persistent interest in secrecy, surveillance and the legal dimensions of whistleblowing, it’s possible that United States vs. Reality Winner will disappoint. It touches on the broad scope of the Espionage Act and the limits of the 6th Amendment but does not dig into the history of whistleblowing with any real granularity. And perhaps that’s fitting. As much as the title of Kennebeck’s film might hint at legal drama (and there is much of that), the narrative backbone is provided by Winner’s friends and family, who speak to what her life entailed before her trial and subsequent sentencing. We get glimpses of her pink AR-15. We hear about her love of yoga. We meet her sister.

The documentary is also about how the federal government drew on Facebook messages, diary entries and other statements previously made by Winner to substantiate its claim that she represented a threat to homeland security. It’s a multidimensional examination of how the government built its case and what evidence was leveraged in federal court. In a way, the film is rooted in U.S. exceptionalism; it details the power, reach and persistence of individuals working on behalf of the U.S. national security state to ensure that classified information doesn’t get out to civilian publics. It includes verbiage from other Americans charged with violating the Espionage Act. But Kennebeck never takes the next step and instead paints whistleblowing as anything other than an American enterprise—perpetuating a common media frame in which fights over secrecy and transparency are predominantly an American affair. As a result, the arc of United States vs. Reality Winner consistently situates transparency norms within a neocolonial context, seemingly proselytizing transparency itself as a key operative logic of American democracy.

Ultimately, United States vs. Reality Winner feels like a meditation on agnotology. As Slater (2019) reminds us, “…there are powerful institutions that want people not to know and not to think about certain conditions and their causes, and agnotology is an approach that traces how and why that happens.” We watch throughout the documentary as Billie Winner-Davis and her husband try to anticipate, learn and understand what is happening to their daughter and strategize together on how to raise collective awareness about her incarceration. Kennebeck, in her narrative, seemingly echoes Trevor Paglen’s principle that secrecy is not an “abstract idea” but “a series of physical, legal, social, cultural, economic institutions.” Kennebeck’s method as a director gives a materiality to the secretive institutions, which seek to hold Winner accountable for her transgressions. We learn about the document Winner leaked and how it contributed to a much-needed federal conversation about Russian interference in U.S. elections. In many ways, this documentary is the story of how a single government document can travel through space and time and challenge institutional efforts at secret-keeping.

It’s also a story of reputation, power and journalistic malpractice. In recent days, Reality Winner herself, now released from prison after four years behind bars, has taken the stage to discuss her experiences and the factors that led her to send government information to The Intercept. Recent interviews with 60 Minutes and Rolling Stone have given her a platform to discuss what led to her imprisonment. The documentary itself includes an interview with Betsy Reed, editor in chief of The Intercept, who admits deep remorse for her outlet’s failure to protect Winner as a journalistic source. “I’m so incredibly sorry about everything that she had to go through,” Reed says, “and I feel a lot of sadness about that, and regret.” Apologies from Intercept editors and journalists for not protecting Winner as a source often seem underdeveloped, if not monotone, and that is also how they come off in United States vs. Reality Winner.

Since then, Reed has expanded upon these comments in a statement provided to Rolling Stone. “As we’ve acknowledged before, in preparing the story on Russian election interference in 2017, we made errors in the course of verifying a document that came to us anonymously,” she explained. “We honor her courage and feel awful about what she went through… We have learned from Reality’s case and we work hard to minimize the risks whistleblowers face.”

Through conversations with Winner’s friends and family, Kennebeck unwraps an aspect of whistleblowing that has not always received significant press coverage: that parents like Billie Winner-Davis are often very unprepared to learn that their child has been accused of violating the Espionage Act. We see how Billie Winner-Davis uprooted her life to be near the prison holding Winner, we also begin to understand more about the relationship between the mother and daughter. Winner-Davis, it is worth noting, has spent the duration of her daughter’s trial not only advocating for her release but also speaking up against the rigidity and unforgiving nature of the Espionage Act.

Last week, that relationship was also the topic of discussion in an interview led by 60 Minutes correspondent Scott Pelley. In it, Winner-Davis reveals some of the secrets her daughter, a former Air Force linguist and contractor with the National Security Agency, kept from her: “Only one conversation that I had with her did she ever let on how heavy her work was. I’ll never forget, because she said, “You know, when you’re watching somebody on your screen and that person goes ‘poof,’ you’ve gotta make sure that you’ve got everything right.”

Kennebeck’s work is anchored in a kind of temporal regime that’s hard to describe. It gives us a window into the afterlives of people like Snowden, who have leaked and lived, but it also leaves unanswered the question of what kind of future awaits Winner in the United States. Watching the film, it’s hard to set aside the knowledge it was filmed while Reality herself was still behind bars—a fate that Snowden himself has avoided thus far.

I recently asked students in my Media Ethics & Law to read an Intercept article—the first to include and mention the document that Winner had sent to the outlet. They struggled initially to grasp its significance. Cybersecurity, election interference and presidential politics are not easy concepts to digest and disentangle. United States vs. Reality Winner is not encyclopedic or even exhaustive in its review of the facts of this case. Itrelies on a narrative arc that is not wedded to the legal or technical but rather the social and familial. The benefit of this approach is that it offers a framing that is not weighted down in legalese or national security jargon—the very type of language that has made the defense industry and the surveillance industry so inaccessible to so many civilians in the United States and beyond.

Ultimately, Kennebeck’s documentary isn’t a story of institutional reform. It leaves that topic for other documentarians to grapple with. Instead, the arc of the story is anchored in Winner’s plight and how her family has tried to protect her from the carceral logics of the U.S. national security state. With Winner now out of prison and more able to speak with the press, she has begun to play a more active role herself in shaping future narratives about her experience and perspective. Still, it’s far from Winner’s responsibility to lead or even participate in further conversations about the Espionage Act. Given her own experiences with The Intercept, it’s quite remarkable that she has chosen to speak to journalists at all.

Muira McCammon is a Steering Committee Member of the Center and PhD candidate (ABD) at the Annenberg School for Communication.  Her research focuses on three key areas: (1) secrecy, transparency and investigations of how people unearth, reckon with and amplify contested knowledge about the U.S. national security state; (2) deletion as a way of exploring how socio-technical practices can alter political systems; (3) dead and dying digital platforms. This semester she’s also teaching Media Ethics & Law at Rutgers University as a part-time lecturer. Follow her on Twitter @muira_mccammon. 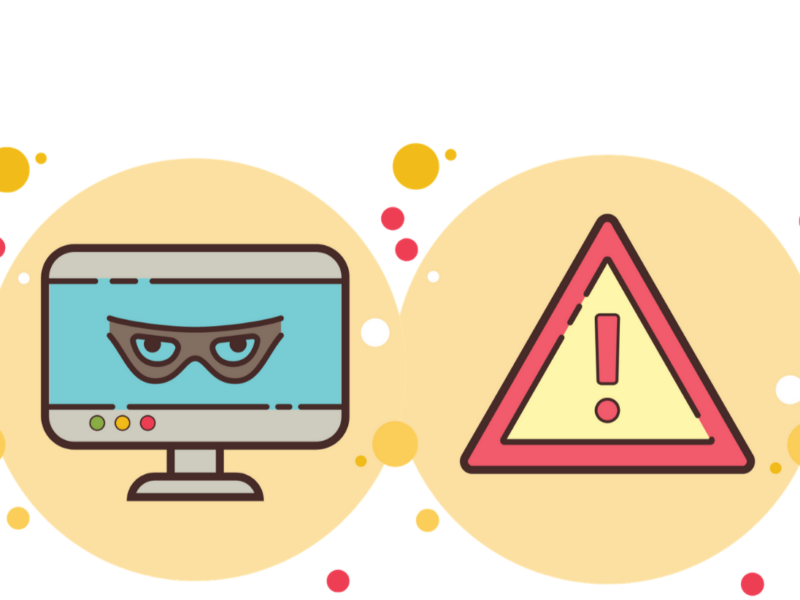 Reporting Without Platforming: How News Media Coverage Feeds the Trolls 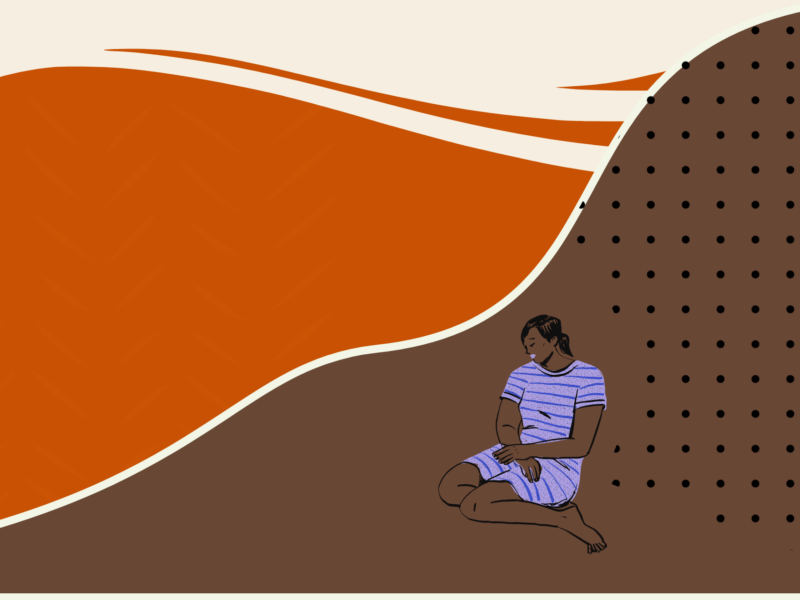