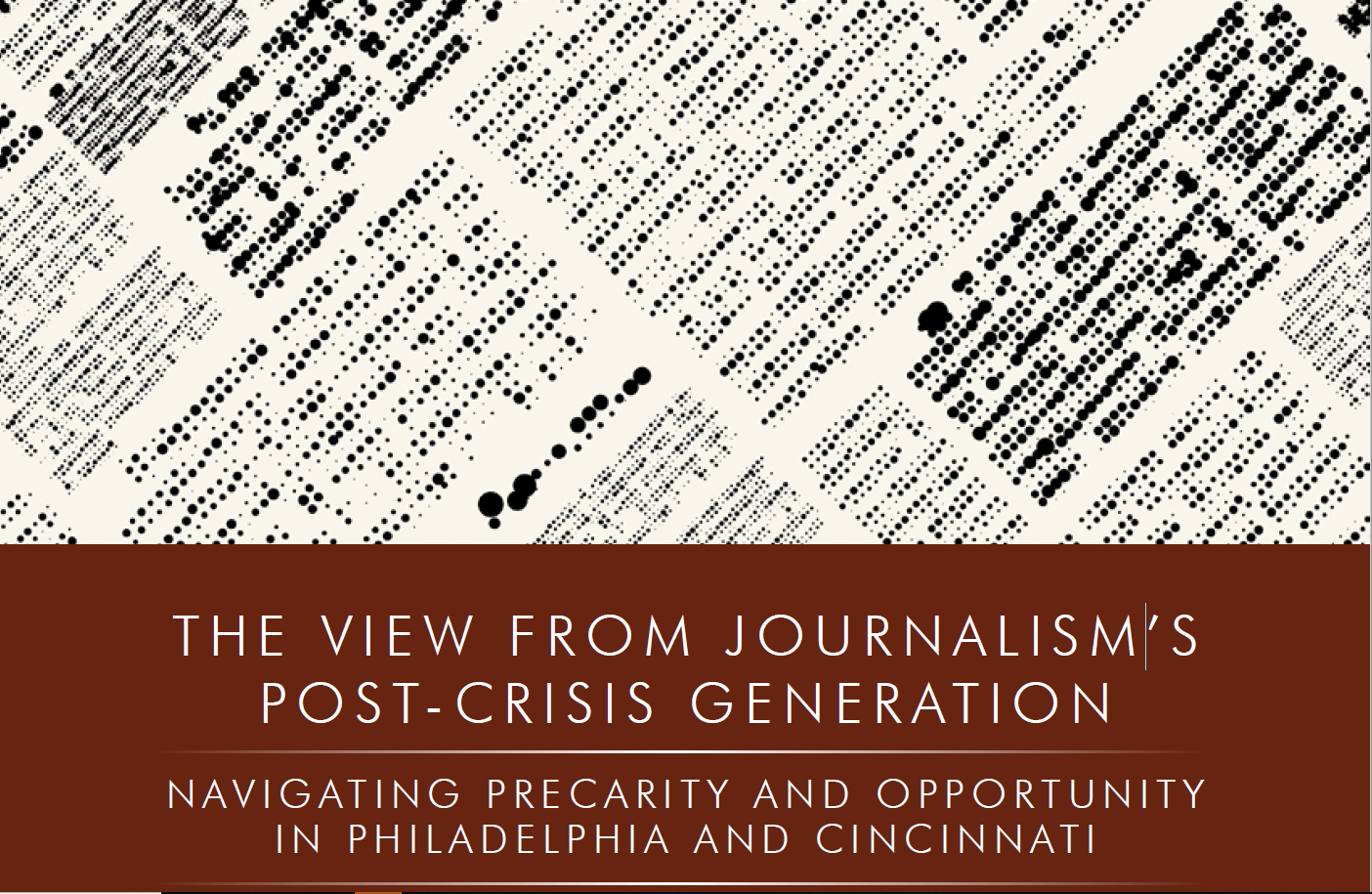 This new report by communication scholars Brian Creech and Robert Bodle focuses on the relationship between the health of a local news ecosystem and the precarity felt by individual media practitioners in Philadelphia and Cincinnati.

Abstract:
This report examines the relationship between the health of a local news ecosystem and the precarity felt by individual news workers. We followed a two-fold analysis. First, we map out the media markets in Philadelphia and Cincinnati, two post-industrial cities with comparable histories of deindustrialization and population decline that have seen civic resources invested in technology and culture sectors, aimed at attracting young, college-educated people back into the cities. We identify trends in each market, as well as the major media institutions with the goal of identifying the specific opportunities and conditions our interview respondents navigate. Second, we interview early career journalists in both cities, who have worked in Cincinnati or Philadelphia for between two and 10 years, what we call the “postcrisis” generation. They came from a mix of organizations: legacy newspapers, radio, and television stations, public and commercial media, as well as a range of digital startups funded with both private and philanthropic dollars. The interviews illustrate the ways in which individuals make sense of the conditions that surround them, the strategies they use to navigate those conditions, and the decisions they make, or, in many cases, feel like they have no choice but to make. The report concludes with recommendations, tangible and specific, for funders, the news industry, journalism schools, and students and early-career journalists.

This research was co-funded by the Media, Inequality and Change Center (MIC) and the Center for Media at Risk as part of a series on the future of journalism.

Brian Creech is an Associate Professor of journalism in the School of Media and Communication at Temple University. He earned his PhD in mass communication from the University of Georgia’s Grady College of Journalism and Mass  Communication and specializes in the critical analysis of digital journalism, media technologies, and the dynamics of public discourse.

Robert Bodle is an Associate Professor of communication and new media studies at Mount St. Joseph University and an adjunct in the College of Informatics at Northern Kentucky University. He specializes in the ethical and human rights implications of social media design, governance, and use, focusing primarily on privacy and freedom of expression.