With rampant online misinformation and social media manipulation, workshops like Comparative Approaches to Disinformation are more important than ever. Read Annenberg doctoral student Muira McCammon’s reflections from the workshop.

Fake news. Misinformation. Viral deception. There are some of the terms that have emerged, as people try to make sense of whether or not what they see online is real.

Launched by the Berkman Klein Center for Internet & Society and the Shorenstein Center on Media, Politics and Public Policy, the Comparative Approaches to Disinformation Workshop at Harvard University brought together experts in social science, media studies, and cybersecurity to talk about what we don’t talk about when we talk about irreality online. They came together with the aim of proposing the types of tools and methodologies that might best help journalists, scholars, and social media grapple with the impact and diffusion of disinformation.

On October 4, 2019, in the halls of Harvard Law School, Young Mie Kim (University of Wisconsin-Madison), Alice Marwick (University of North Carolina-Chapel Hill), Siva Vaidhyanathan (University of Virginia), and Joan Donovan (Shorenstein Center) convened to consider what is misinformation? At the launch, Donovan joked, “Welcome to the semi-annual overpaid content moderators’ conference; I say that in jest, because sometimes when we’re doing this work on disinformation, it kind of feels like we are doing the jobs of corporations, and we’re cleaning up the messes that other people have made and not just made but made billions dollars doing.”

Nodding to the need to bring multi-modal methods to the study of misinformation, she added, “Methods can help us understand what things are patterned by and break those patterns in some cases.” Vaidhyanathan helped contextualize the conversation further, declaring, “A basic conclusion of my last book, Anti-Social Media, is that what we have built is a media system that is very good, perhaps the best ever at motivation, right? If you want to fill a square, whether that square is full of Nazis or full of democracy protestors, there’s nothing better than our current media ecosystem. Identifying like-minded people, urging them to show up at a certain place and do a bunch of things, right? What we have not worked on, perhaps what we have degraded, sometimes intentionally, is our ability to deliberate, our ability to think deeply like grownups about major problems.” He closed with a request to researchers in the room: “When we study these media systems, be as specific as you can, whenever you are framing your argument.”

Other panelists touched on the cognitive and affective aspects of disinformation, disinformation paths and patterns, digital disparities and political polarization; some, like Anya Schiffrin of Columbia University, offered analytic frameworks and taxonomies of solutions for the problem of online misinformation and disinformation. Others, like Karin Garimella and Dean Eckles of MIT, offered single case studies focusing on special social media platforms, including WhatsApp. A number of speakers drew on comparative case studies to reflect on ways in which misinformation spreads differently across the globe. Suzanne Devai, Sonia Whitehead and Yvonne Macpherson, (BBC Media Action) gave a talk entitled, “Comparative Approaches to Disinformation: Contrasting Case Studies from Myanmar and Iraq.” Some panelists used the workshop to consider the challenges of studying platforms, which have not received much scholarly attention in the United States. For example, in her talk, TaeyoungLee (University of Texas-Austin), spoke of the ways in which KakaoTalk and Chirashi, two popular South Korean social media applications have contributed to the spread of disinformation.

The workshop was not only a meeting of the minds with scholars from Cape Town to Asia University; it also served as an invitation to emerging and senior scholars to consider submitting their work to The Harvard Kennedy School Misinformation Review. The new publication welcomes empirical research from all fields and seeks articles that “define misinformation in all its variations, estimate its prevalence and impact, document media manipulation tactics, evaluate interventions (including education, content moderation, debunking and regulation), and historically situate the institutions that define our media ecosystem.” In a recent email, Irene Pasquetto also announced that The HKS Misinformation Review was seeking peer reviewers for the new journal; she emphasized that the Shorenstein Center would especially welcome applications from Ph.D. candidates interested in becoming “part of a large network of scientists who are helping to combat misinformation worldwide.”

At the close of the workshop, Rob Faris (Berkman Klein), Hyunjin Seo (Berkman Klein & KU), and Irene Pasquetto (Shorenstein) invited attendees to consider submitting manuscripts of up to 8,900 words to a special section on comparative approaches to disinformation in the International Journal of Communication. Submissions are due to Hyunjin Seo (hseo@ku.edu) and Robert Faris (rfaris@cyber.harvard.edu) by February 1, 2020, for initial vetting. The expected publication date of the Special Section is spring 2021.

Muira McCammon is a doctoral student at the Annenberg School for Communication where she studies the media, the military and the relationship between the two. Prior to beginning the doctoral program and under the auspices of the Beinecke Scholarship, McCammon received an M.A. in Translation Studies/Comparative Literature from the University of Massachusetts, Amherst, where she wrote her thesis on the Guantánamo Bay Detainee Library. Additionally, she holds a B.A. in French/Francophone Studies and a B.A. in Political Science/International Relations from Carleton College. A former investigative reporter and podcast critic, McCammon’s writings have appeared in Playboy, Atlas Obscura, Slate, The Massachusetts Review, How We Get to Next, Waypoint by VICE, Paste Magazine, and a number of other publications. She has previously held fellowships at the Sitka Fellows Program, the Harvard Law Library Innovation Lab, and the Turkish Fulbright Commission. She is also a proud 2017 recipient of a Rhizome microgrant. 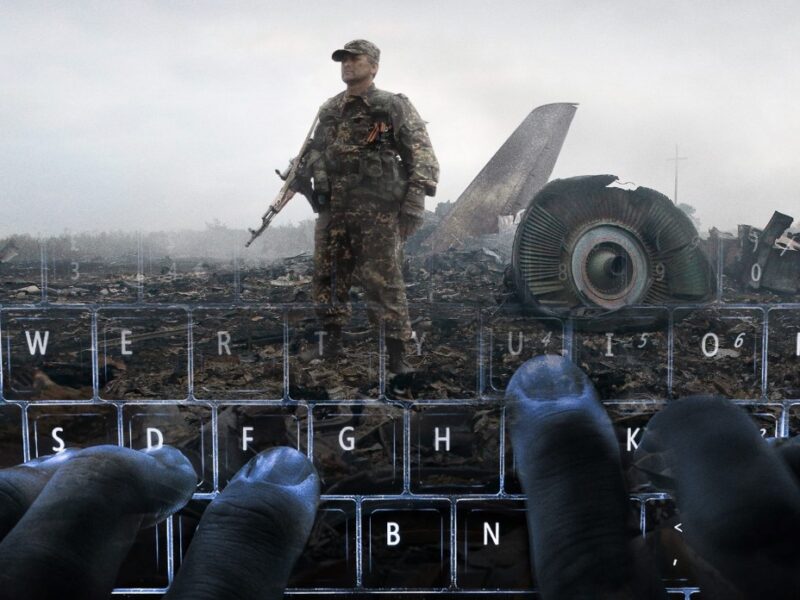 Bellingcat: Truth in a Post-Truth World 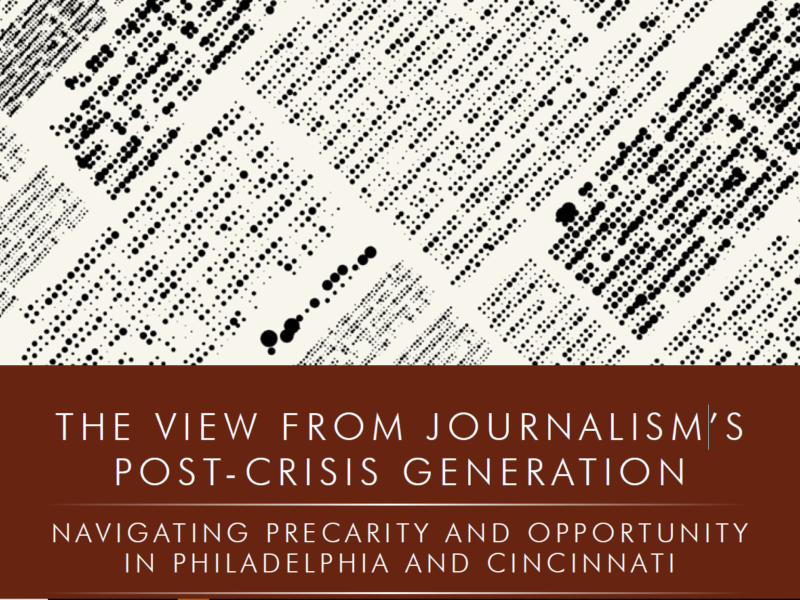 The View from Journalism’s Post-Crisis Generation