For our Reflections Series, I had the opportunity to interview noted feminist scholar Moya Bailey on her research, activism and most recent work, #HashtagActivism: Networks of Race and Gender Justice (co-authored with Sarah Jackson and Brooke Foucault Welles). While I was preparing the questions for this interview, nationwide protests broke out in reaction to the murders of George Floyd, Breonna Taylor and Ahmaud Arbery, among countless other Black lives taken by police and armed citizens. I want to thank Moya for accepting my interview request, especially during this unprecedented time of resistance amid a public health crisis.
Zeyno Ustun, Center for Media at Risk Postdoctoral Fellow

In an open letter, public health officials urged that “white supremacy is a lethal public health issue that predates and contributes to COVID-19.” [i] What intersectionalities do you see at play in the most recent protests? How would the term you coined, misogynoir, help us unpack the distribution of agency in the country-wide mobilization against systemic racism today?

It is important that public health entities are starting to recognize and name the ways that racism impacts health. When we focus on individual choices that patients make, we miss the structural and systemic processes that lead to poor health outcomes for different marginalized communities. I see Black people being even more vocal about anti-Black racism in policing particularly following the extrajudicial killings of George Floyd, Elijah McClain, Breonna Taylor, and others. I see misogynoir as being directly connected to the relatively little attention Breonna Taylor’s murder is getting in relation to the murders of the Black men also killed in this latest season of police violence. Even the way people are trying to bring awareness to her situation strikes me as being inextricably linked to misogynoir. People have tried to engage in clever hashtag activism to try and get people to pay attention to Breonna’s death, including creating recipes that end with “arrest the cops that killed Breonna Taylor.” People have also posted a picture of house plants where the plants are named “arrest the cops who killed Breonna Taylor.” While these strategies may call attention to the fact that the cops have not been arrested, they do not provide readers with the tools to advocate for Breonna Taylor. There is no number to call or pledge to sign. That is not successful hashtag activism. The hashtag #SayHerName was started by a group of Black feminists to bring attention to the Black women who were killed by the police who were largely being ignored by the media. People use this hashtag to make sure we say the names of Black cis and trans women who are murdered by the police. #SayHerName has been an important form of hashtag activism because it makes sure that Black women are not forgotten.

Protests were particularly triggered by the most recent killings of George Floyd and Breonna Taylor. However, none of the officers in the case of Taylor have been arrested or fired, though the FBI started an investigation. Are there aspects of the ongoing Black Lives Matter movement that particularly impact black women and the lgbtqia+ community?

I am a prison abolitionist. That means I do not think that prisons and jails are helpful in creating a world with less harm. That said, I do find it interesting that calls for justice, including locking up the police officers who murdered Breonna Taylor, are not taken as seriously as they are when a Black man has been killed by the police.  Unfortunately, Black women and Black disabled people make up a lot of the people killed by the police and it is not talked about enough. As Disability Justice activist Leroy Moore says, we have to be careful not to let our organizing erase the fact that a disproportionate number of Black people killed by the police are disabled. Marcus David Peters was tased, shot, and killed by police during a mental health crisis in May of 2018 in Richmond, VA. He was 24 years old. Freddie Gray, 25 years old, was killed by a “rough ride” in Baltimore and had a developmental disability. His death sparked the Baltimore uprising of 2015. Sandra Bland allegedly died by suicide in her Waller County, TX jail in 2015 cell and had depression. Eric Garner had asthma, diabetes, and a heart condition when he was strangled by the NYPD in 2014. For Black disabled people, defunding the police is a matter of life and death. Additionally, Black queer and trans people are also disproportionately harmed by police actions. I’m thinking of the death of Tony McDade which has also received very little attention in the broader Black lives matter movement. That two of the three women who started Black Lives Matter are queer should be a more celebrated and well known fact. I see members of the Black queer and trans community at the forefront of so much of this organizing and yet our murders and the violence we experience, sometimes at the hands of our own people, is not discussed enough. Black trans women are largely being murdered by intimate partners who are also men of color. If Black lives matter, Black trans women’s lives should matter as well.

The protests in Minnesota began two days before the 7th anniversary of the Gezi Resistance in Turkey. I was watching the Taksim Solidarity live broadcast celebrations on Youtube, while simultaneously following #GeorgeFloyd #ICantBreathe on Twitter as protests unfolded in Minneapolis and quickly spread across the US. I am hesitant to jump to comparisons between the two movements, though one cannot ignore certain glaring similarities and sharp differences, especially in regard to digital activism.Do you see #hashtagactivism expanding beyond Western countries? If so, in which ways?

Hashtag activism in the West owes a debt to the uprisings known as the Arab Spring. I do not think it is accurate to start with the West as the origin of Hashtag activism. Already international solidarity has been essential for aiding organizing in the west. I’m thinking about Palestinian activists using twitter to share with Ferguson organizers that milk was better than water for treating tear gas. Women in China used the emojis for rice and bunny because #MeToo sounds like “mi tu,” rice and bunny respectively.  There’s such an incredible amount of cross-pollination but I definitely think there could be more. 35,000 Congolese children negotiate dangerous working conditions that impair their health, as Western consumers enjoy the fruits of their debilitating labor to fight for their own rights using hashtag activism in the West. These children are mining for coltan and are exposed to toxic dust in the process. They sell their coltan to Chinese distributors who export and refine the mineral in China then sell it to tech companies to power our digital devices such as smartphones, laptops, and tablets. These Black children become disabled through this mining process and are not included in the important hashtag activism happening in the United States that addresses ableism. As my research develops I hope to be in collaboration with those organizing within the mineral mines of the Congo.

The majority of the transnational digital platforms, like Facebook, Twitter and Youtube, fall within the jurisdiction of the US. Do you think there can be regulatory steps to minimize the risks that digital dissidents face, especially in authoritarian geographies?

Yes, but more than regulations I think we need to begin engineering our own consentful tech with the principles of design justice. The corporations that manage these social media platforms have very little incentive to protect the rights of their users and we have seen that with the ways they change the rules depending on the countries they are in or even through sharing people’s data with law enforcement. I imagine academics and activists working together to create our own platforms that are not beholden to corporations that will sell out their users as soon as it is profitable to do so.

Do you think that digital platforms should be accountable for impeding misinformation campaigns? Or, should regulatory maneuvers be taken by lawmakers?

I absolutely think that digital platforms should be held accountable for misinformation, particularly because they have become the default news sources for so many people. Again, I don’t imagine that corporations have much incentive to proactively address misinformation so this is why it is so important for us to start building the alternatives we want to see.

Moya Bailey is an assistant professor in the Department of Cultures, Societies, and Global Studies and the program in Women’s, Gender, and Sexuality Studies at Northeastern University. Her work focuses on Black women’s use of digital media to promote social justice as acts of self-affirmation and health promotion. She is interested in how race, gender, and sexuality are represented in media and medicine. She currently curates the #transformDH Tumblr initiative in Digital Humanities (DH). She is a monthly sustainer of the Allied Media Conference, through which she is able to bridge her passion for social justice and her work in DH. . Follow her on Twitter @moyazb

Zeyno Ustun received her Ph.D. from the department of Sociology at the New School for Social Research where she was a Fellow of the Integrative Ph.D. Fellowship program, a Teaching Fellow at the Eugene Lang College, and a researcher at Graph Commons. Ustun’s research aims to map the historical, technical and bureaucratic processes and the social and political conditions that facilitate networked movements of the 21st century and the rising influence of state surveillance. Follow her on Twitter @zeynoustun

Center for Media at Risk Statement on George Floyd Protests 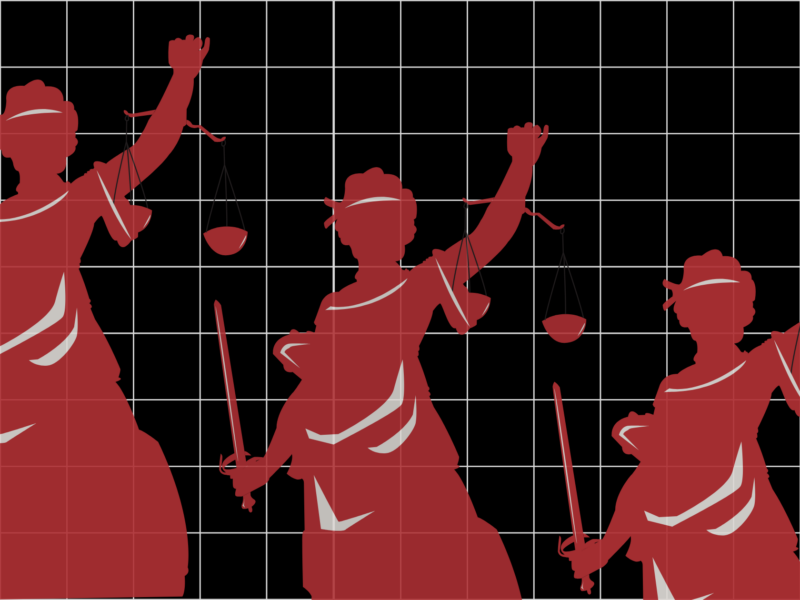