The 2020 protests against police brutality that ensued following the murder of George Floyd galvanized the Philadelphia mural arts scene. A city with a rich tradition of activism and public art since the founding of Mural Arts Philadelphia in 1984, Philadelphia has become one of the most vibrant centers for public art works in the world, commissioning over 4,000 works of community-based public artworks since its founding. Though Mural Arts started as an anti-graffiti effort (appropriately called the Anti-Graffiti Network until 2016), it has since transformed into a key channel for local artists to engage in the (sometimes radical) discourse around issues in Philadelphia and beyond. As Philadelphia’s reputation for being a mural arts destination has grown, city-sponsored offices and other small arts organizations have also begun sponsoring projects.

The 2020 protests for Black lives caught the eye of several of Philadelphia’s public arts programs, who commissioned Black artists to paint public murals that could bear witness to what had transpired. I became interested in researching and analyzing murals related to the Black Lives Matter movement because I was curious about how Black publics were choosing to represent these events, and how they might differ from more mainstream (white) narratives. As a recent transplant to the city, I saw this venture as an opportunity to get to know Philadelphia in a deeper and more nuanced way, but more than anything I wanted to understand how this visual mode of communication allows Black artists to tell their stories differently from the ones circulating in the media.

The difference is clear. While the news media often claim a certain objectivity in the stories they tell, many of Philadelphia’s murals do the opposite: visual arts foreground emotional connections to what they depict. And while traditional media tend to orient to white suburbanites as their audience (regardless of political orientation), murals are meant to be viewed and experienced by all. They are situated in the places people live and take their spots as part of an already bustling landscape. Mural art is able to reflect the people who populate the depictions while centering the artist’s perspective on them. A clear standpoint, often political in nature, emanates from the art that develops.

Four artworks of the many that surfaced in Philadelphia during the late summer and fall of 2020 are productive examples of the difference that mural art can make in mobilizing a population. All conceived by Black artists, these murals in particular underscore the humanity of Black people, resulting in a visual collage of their collective experiences. Nilé Livingston’s Entanglement, for example, simply and elegantly records the interconnected cultural, political and economic realities of Black Americans living through both the COVID-19 pandemic and an uprising for racial justice. Livingston’s work squarely and unapologetically speaks to Black publics without putting our experiences in relation to whiteness, using imagery and language that draw from shared cultural experiences and are specifically legible to Black Americans.

Across these murals, there is an almost palpable sense of urgency. Whether through evocative wording, such as with Vote 2 Breathe, or through simultaneous depictions of the intersection of a plethora of systemic injustices with the Black Lives Matter movement, such as with Entanglement, these murals represent the exigency of solving issues of racial injustice in a way that is not always present in news coverage of the protests, generally intended for white audiences. A sense of urgency is further driven by a discernible aura of determination across these murals. In Stay Golden, the Black power fist—a symbol of strength and perseverance—conveys a marked sense of resolve. In Russell Craig’s Crown, conviction can be seen in the protestors’ faces, even those wearing masks.

What surprised me about Crown, however, was the mural’s inclusion of white protestors. While this reflects the reality of the more diverse crowds developing during this time, Black Lives Matter protests did not always look this way. This multivalence has even given way to more representations. Since Crown’s initial installation, Craig has added two new murals to the piece: Crown: Medusa and Crown: Freedom. Crown: Medusa features young activists surrounding Sudan Green, the founder of Spirits Up!, a Philadelphia organization focused on healing through art, yoga and meditation while working toward Black liberation. Crown: Freedom features several Philadelphia-based Black women activists, including Ramona Africa, who survived the MOVE Bombing, as well as University of Pennsylvania Professor Krystal Strong, among others, who have been instrumental in keeping the movement front and center. In concert with one another, these three murals provide a unique and important snapshot of how the Black Lives Matter movement continues to take shape in Philadelphia by activating different sectors of society.

Along the same lines, these works also serve as a reminder that the fight against police brutality is more than a moment. Mural art mobilizes, activates and gives visual form to the very life force of a movement. As the memory of last summer begins to fade, the struggle for equity embodied in these artworks endures. I see Gerald A. Brown, Roberto Lugo and Isaac Scott’s Stay Golden mural as the most prominent example of this enduring message. “Stay Golden” is scrawled against a cityscape backdrop, a dispatch to members of the community to stay the course and fight state violence against Black lives, come what may.

In much the same way, Vote 2 Breathe speaks to what was put at stake during this period, when Black lives were jettisoned into ongoing danger and subjected to blatant attack. Racist police violence has long been an issue, but the urgency in the lead-up to the 2020 presidential election, as former President Trump’s white supremacist rhetoric emboldened racists nationwide, called for drastic and immediate response. At first glance this work appears cheerful, drawing audiences in with its bright colors, stylized lettering and peaceful imagery. But the text — “Vote for those who can’t breathe anymore”—is a macabre call for civic engagement that pushes back against the violence and indifference that have cost so many Black people their lives. I was shocked at how quickly the wording of this piece triggered images of Eric Garner and George Floyd as they took their last breaths, but I see this as a necessary reminder of how many lives remain at risk while policing in the U.S. returns to the old normal. Systemic police brutality cannot be overhauled by politics alone (if at all), for visual arts offer an alternative way to call people to action.

What strikes me most about these pieces is their nod to hope and unity. Despite a complex maze of anger, disappointment, frustration and dashed expectations, these mural artists display the wherewithal to persevere. Crown mural shows a mass of protestors, many holding up Black power fists against an ethereal sky-blue backdrop. In a nod to Marcus Garvey’s pan-African flag, the raised fists are silhouetted in red, black and green. Similarly, the gold fist which is the focal point of the Stay Golden mural salutes residents in North Philadelphia, projecting solidarity and reminding the community of the movement. While imagery of the Black power fist is, in many ways, to be expected within works related to the Black Lives Matter movement, its enduring symbolism continues to resonate. Using similar motifs, these murals project a salient message of unity for Black people.

In addition to hope and unity, I was excited by how effortlessly these pieces convey the wide range of emotions experienced by Black people last summer. Anger, sadness, joy, exhaustion, numbness, excitement, despair—it’s difficult to understand how so many conflicting emotions can be felt at once. Entanglement, in particular, captures the bonding moments of joy, levity, pain and desperation among Black Americans during the initial months of the pandemic, referencing lighthearted entities like the #Verzuz battle or an entertaining episode of Jada Pinkett-Smith’s Red Table Talk alongside the fear, anger and despair brought about by the systemic injustices exacerbated by the COVID-19 pandemic and protested by the Black Lives Matter movement. Competing emotions are displayed side by side and in unpredictable entanglements, depicted as they often exist within the people experiencing them. The visual cohesion suggested by the black and white color scheme helps the viewer to not only navigate the complexity of experiencing so many emotions at once, but it also prompts us to think about the interconnectedness of all of these issues and their roots in capitalism, colonialism and white supremacy.

What follows are the murals themselves, where you can find a more in-depth, interactive engagement with their specific artistic features. The beautiful and probing expressions of mural artists need to be as much a part of the public discourse around the Black Lives Matter movement as any mainstream media relay or scholarly article. How Black publics continue to depict and memorialize the events of last summer helps us understand their troubling legacy. Hopefully it can also help us orient to some semblance, however small, of respite or resolution.

Azsaneé Truss is a Center for Media at Risk Steering Committee Member and a Ph.D. Student at the Annenberg School for Communication studying how factors such as socioeconomic status influence the critical media literacy practices learned by an individual. As a multimodal scholar, she is specifically interested in how art and media production can be used to teach these practices. Given her background in technology, her work as a dancer and artist, and her interest in media as a form of education, Truss’s research marries several of her passions in a way that seeks to understand how we can use critical media literacy education to combat disinformation. 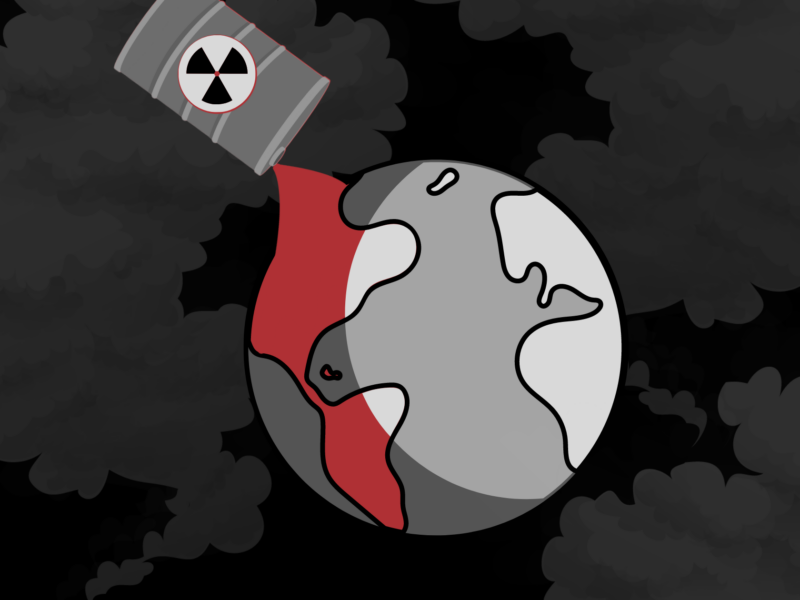 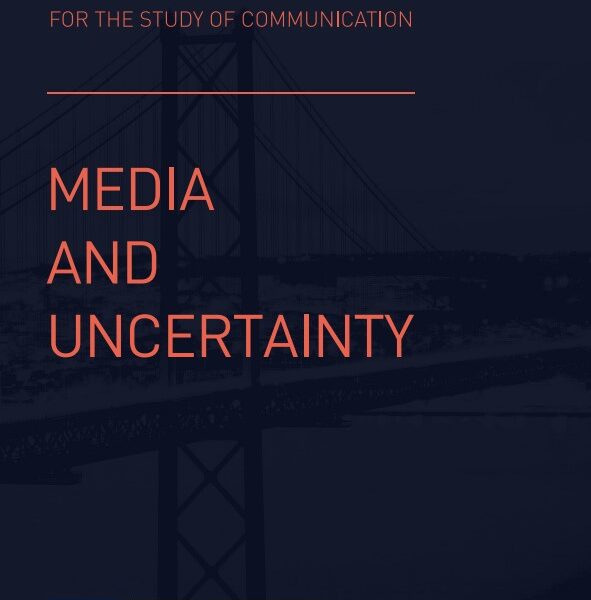