Center for Media at Risk Postdoctoral Fellow Daniel Grinberg spoke with award winning documentary filmmaker and journalist Carrie Lozano about some of the risks and challenges affecting documentarians today. Carrie currently serves as the Director of the Enterprise Documentary Fund at the International Documentary Association, which provides access to networks, information and educational enrichment for filmmakers.

What aspects of risk does the IDA address?

The IDA is a membership organization that supports filmmakers in a variety of ways, whether that’s educational enrichment, access to networks, or access to information. We also have our funding and our fiscal sponsorship. That’s because risk is a very broad term in documentary film. It can be legal risk. It can be issues in the field—you’re getting threatened or you’ve been hurt. Or you’re dealing with international issues in terms of visas or Homeland Security. It’s also a risky business, because it’s very expensive and sometimes unpredictable work. So we try to help mitigate or advise or provide contacts to help with those risks.

What are some of the strategies and initiatives you’re employing to mitigate these kinds of risks?

IDA’s approach is not to reinvent the wheel or create programs that exist elsewhere. In everything we do, we’re looking at affinity organizations that already do this work and can help. Part of our goal with our Enterprise Documentary Fund was developing partnerships that could help the field and individual filmmakers better understand risk.

One of our shining partnerships is with Reporters Committee for Freedom of the Press. It’s a non-profit First Amendment legal organization that advocates on behalf of journalists around the country around First Amendment issues. Our partnership means that they’re available to our grantees for consultation and sometimes to take on much more extensive legal work. At the same time, we worked with the Jonathan B. Murray Center for Documentary Journalism at the University of Missouri to create an online journalism resource guide: Mapping the Documentary Landscape. It explains the law and journalistic standards and points to existing resources by subject area.

We also have a partnership with Freelance Investigative Reporters + Editors who offer filmmakers access to researchers and databases, and we help to source fact-checkers who professionally fact-check visual media. We’re trying to mitigate risks a filmmaker might take on the front end and reduce the chance they are successfully sued. IDA also frequently issues action alerts to raise awareness and spur action when issues like censorship or threats to issues like Net Neutrality arise in these cases, we seek to mobilize our community of over 80,000 social media followers and members.

What are some of the current cultural and political developments that you see most affecting your work and impacting the conditions of risk?

From war and climate change, to populism and migration, many parts of the world, including the U.S., are increasingly volatile and unpredictable. At the beginning of the Trump administration, there was a lot of fear about lawsuits. I don’t know that that’s totally come to fruition, at least in our field. But I will say what it did was to help the field understand the real need for serious journalistic rigor.

The hardest aspect has been following the stories. If you’re doing an immigration story, the on-the-ground reality could change almost daily. How do you stay on top of the narrative and policy changes? The unpredictability is what is striking for not just journalists, but also filmmakers who stay with the story much longer than most reporters. Doing stories on undocumented populations has become much scarier with this administration. During the Obama administration, there was a sense that they were not going to come after people who appeared in a film. True or not, that was the feeling. Now, the stakes are a lot higher for trying to tell stories about undocumented people.

What, then, are the upcoming risks and developments that are going to affect documentarians?

To be honest, I’m not sure what is around the bend for us. A lot of the issues that we deal with have always been issues. Sometimes, they just become more exacerbated. In some ways, the politics of the world make it a great time for documentary film, because people are more interested in what’s going on around them. And documentary is a particularly powerful vehicle for providing in-depth and nuanced insight into some of the most urgent topics of our time. So risk has had the dual effect of raising the profile of the work we do, while also making it a more unpredictable process.

What are some of the successes that your organization has achieved?

We just had Getting Real, our big biennial conference, this summer. We are two years into our fund. We have about 35 films that we’re supporting right now. And not just us, but as a community, we’ve been able to at least open the door to a conversation about how and where documentary and traditional journalism intersect. Before the 2016 election, there was a real sense among many documentary filmmakers that they were not doing journalistic work. And I do think that perception has changed a bit. It doesn’t mean we’re not artists if we call ourselves journalists. In fact, there’s a real benefit to understanding and practicing journalism in a rigorous way.

What have been some of the biggest challenges?

The major challenges are always going to be about funding for us. At the end of the day, making documentary films is incredibly expensive. You can provide all kinds of legal and other resources to mitigate risk, but if the funding isn’t there, practitioners can’t do the work. And they can’t do it quickly or as effectively as we would want.

What has surprised you most in your work on risk and media?

Documentary has been around for as long as moving images have been around. And what’s surprised me the most is how little filmmakers often understand the journalistic process or the legal risks they’re taking. Even something as simple as, “What’s a two-party consent state?” There’s a big need for us to have these discussions, partner with journalism organizations and help filmmakers understand the situations they might get into before they pick up the camera.

What suggestions would you offer organizations working in similar areas?

Partnerships are key. What helps all of us is to partner with different fields and specialties to support the work. This relationship with Reporters Committee for Freedom of the Press—working with documentary filmmakers, expanding what they do—has been important to them and to their mandate as well. So it’s about taking a much more interdisciplinary approach to the work and working with folks that we wouldn’t traditionally think are part of our circle, but absolutely should be.

How do you deal with the emergent risks and dynamic risks that make it difficult to maintain a consistent response?

That’s the big question. Right now, what IDA does is often somewhat reactionary. A filmmaker gets in touch with us about a certain issue, and we try to respond. But there are larger policy areas that IDA is immersed in. For example, we took part in an amicus brief in support of net neutrality and have convened several discussion around filmmaker sustainability. That kind of advocacy work is a top priority for us, and we’re working hard to formalize it. When IDA launched the Enterprise Documentary Fund, we also convened an Advisory Committee composed of journalists, programmers, First Amendment attorneys, and digital security experts. It helps us shepherd projects and develop a future-facing fund that can better anticipate all kinds of emergent risks.

Carrie Lozano is an award winning documentary filmmaker and journalist. She is currently director of the International Documentary Association’s Enterprise Documentary Fund, supported by the John D. and Catherine T. MacArthur Foundation, which supports films at the intersection of documentary and journalism. In addition, she is a lecturer at U.C. Berkeley’s Graduate School of Journalism, where she teaches documentary production and history in its documentary film program. 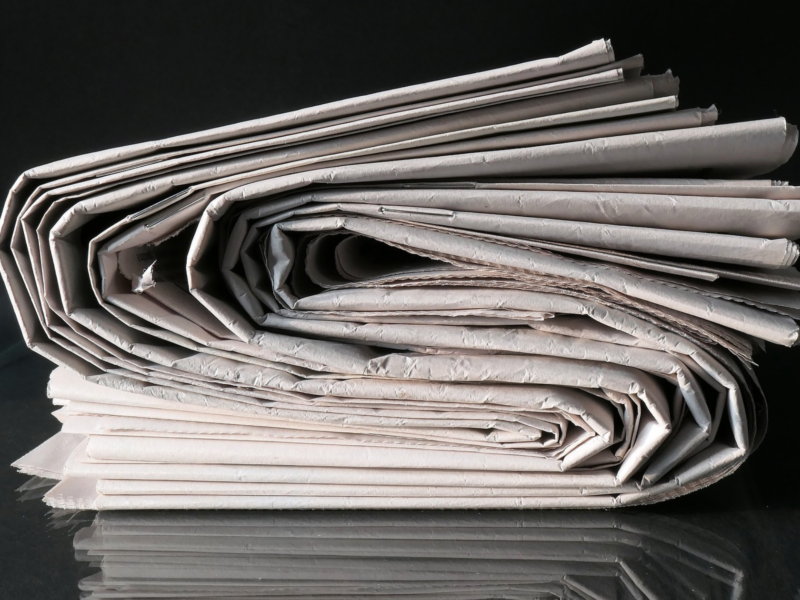